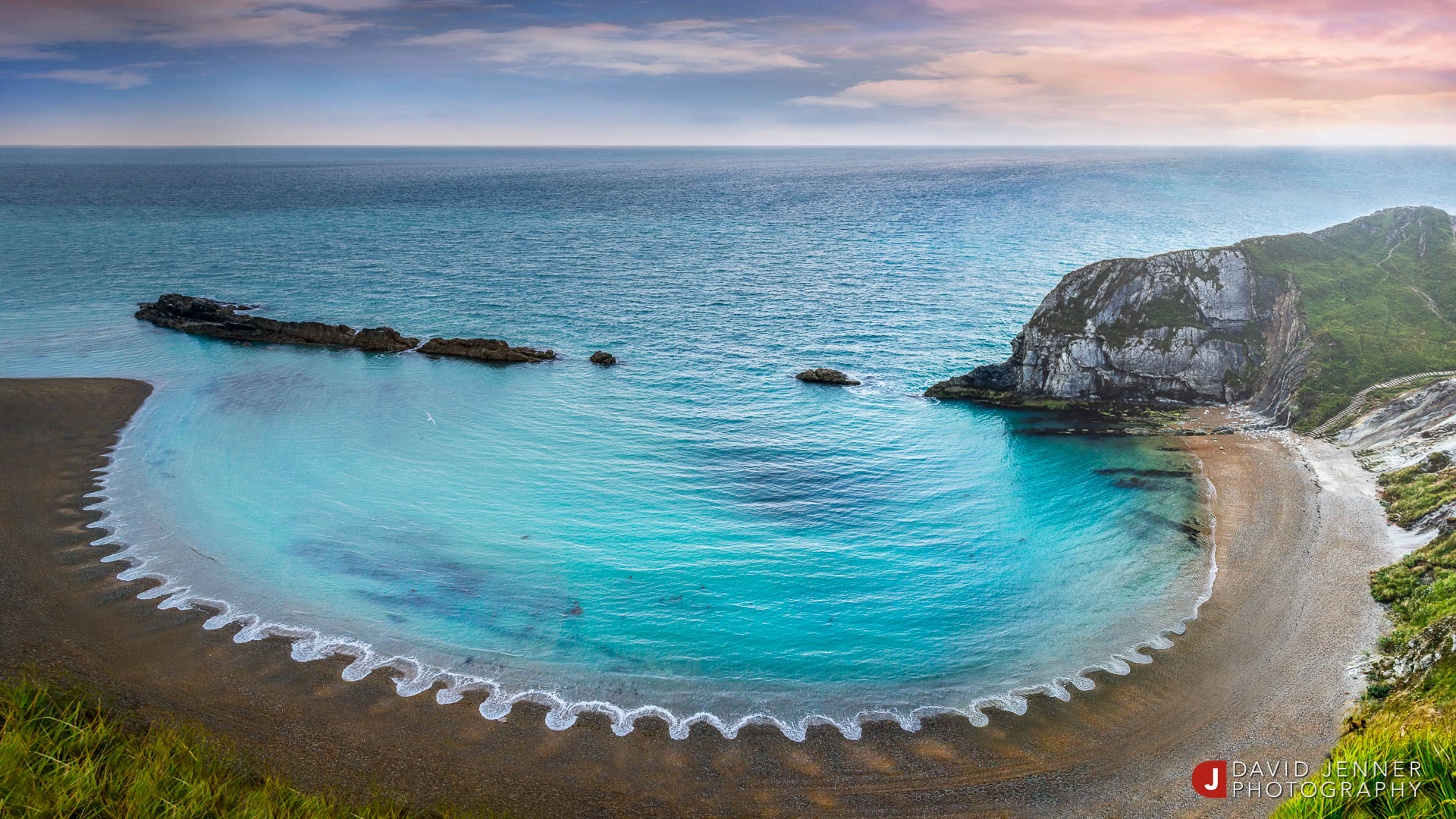 Man of War Bay on the coast of Dorset is adjacent to the more famous Durdle Door but this has its own secret beauty. A natural phenomenon occurs as the tide laps against the shore forming perfect little inlets of water. This image took considerable patience to wait for the perfect wave and reveal the full effect. 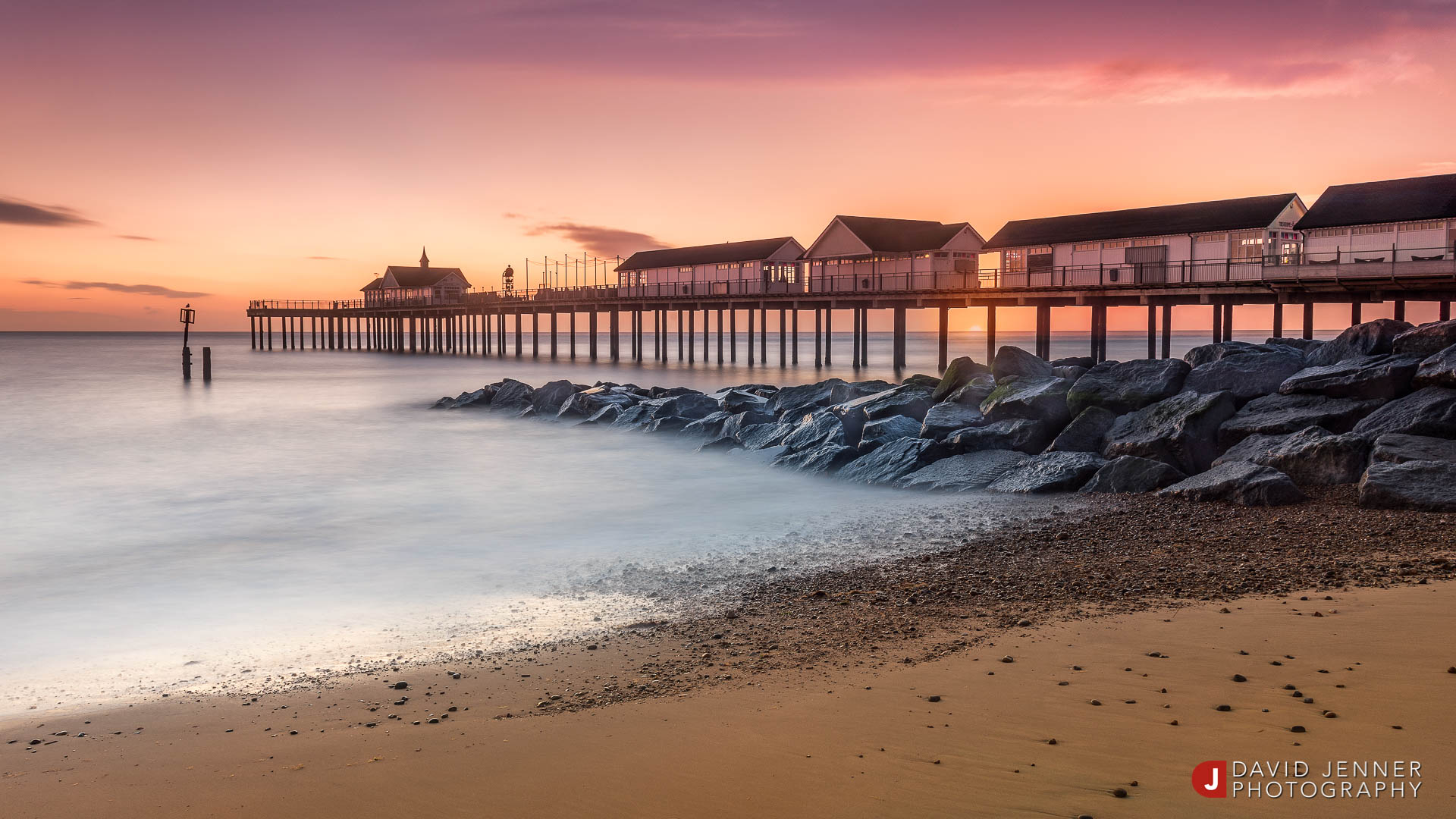 Southwold is home to one of England’s quintessential coastal piers where you will feel transported back to the golden age of seaside entertainment. This image was shot on a balmy Christmas Day 2014 as the sun came up illuminating the North Sea and backlighting the pier magnificently.

Neist Point lighthouse on the Isle of Skye, Scotland. 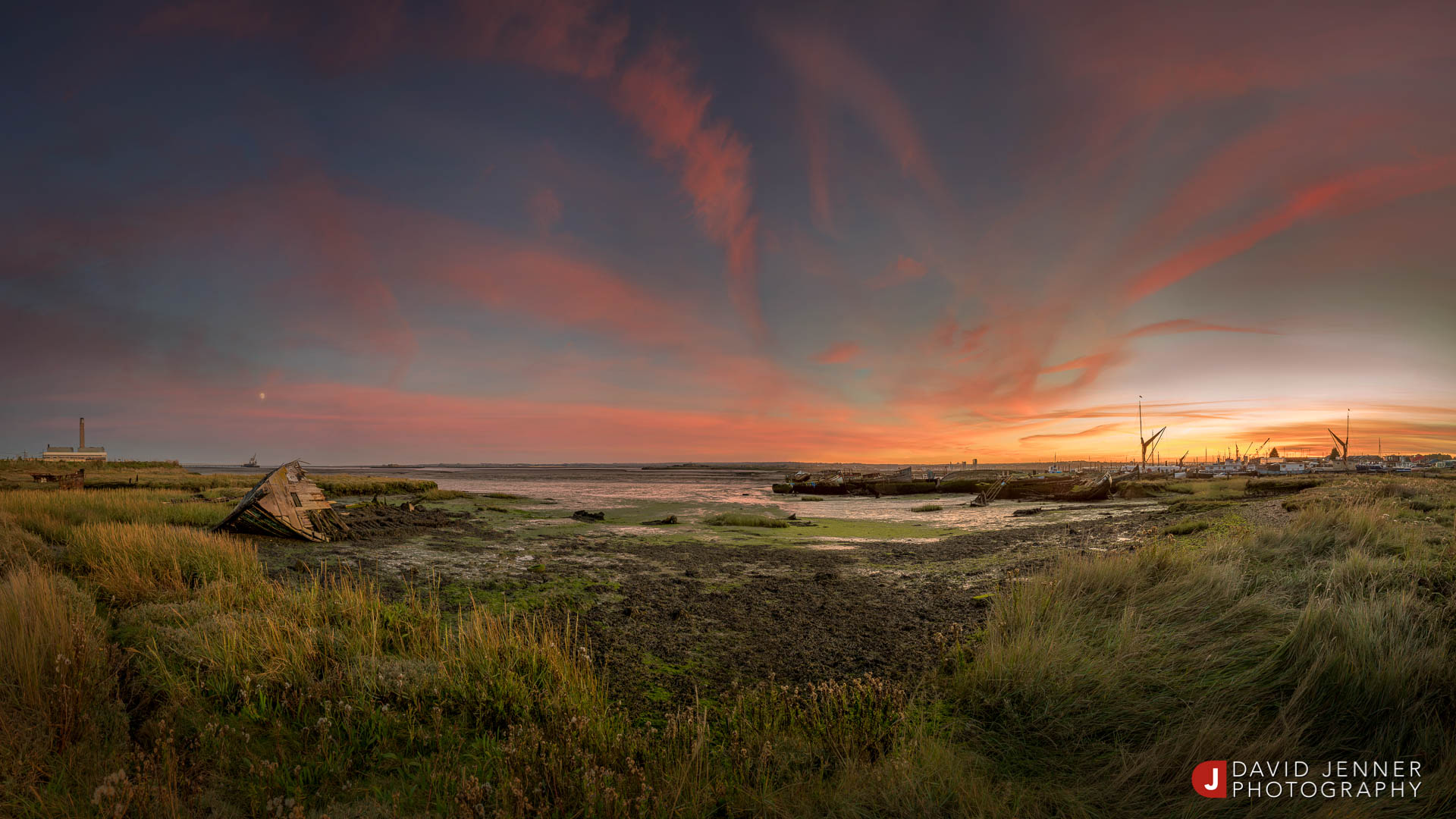 Sunset Over The Marsh

Hoo Marina near Rochester is a place I've visited many times but never have I seen such a dramatic sunset as this. and it's not often you get both the sun and the moon in the same shot. As the sun goes down over the decaying vessels the magical light creates a scene straight off the pages of a Dickens novel.

Sunset Over The Marsh won the 'Review of the Year' theme Royal Photographic Soicety competition December 2015.

This was my first visit in 2011 to Hoo Marina near Rochester on the East Kent estuary. This marshland offers a bleak and barren landscape where old sailing vessels go to spend their final days. The stillness of the scenery afforded me the luxury of a long exposure to achieve the beautifully soft sky and ethereal atmosphere and Kingsnorth Power Station in the distance made an interesting addition to the composition. Little did I know this was going to become a regular place for me to return to.

Once again I returned to Hoo Marina in 2013 to document the decay of this beautiful old vessel. It’s very sad to see something gradually get swallowed by the waves I imagine she once ruled so majestically. This time the landscape was slightly more inviting than my previous visit and I knew then that I would return again to capture the next chapter of her final resting place.

My third visit in 2015 to the Hoo Peninsula to capture the slow decay of this dilapidated boat. The old girl was clinging to the marshland in a desperate attempt to show some dignity as she gradually slipped away. Once again the distant chimney anchored the whole image together and I went to great pains to locate this in my frame as I had done before. The sunset on this beautiful October evening was a magical sight to behold as ribbons of pink cloud danced above this glorious seascape.

My fourth visit came in 2018 to chart the final pages of the death of this old ship. Really just a skeleton is all that is left of her now, yet her bow stands resolute in the bog. This day however was significant for another reason, as there in the distance you can see I captured the demolition of the chimney at Kingsnorth Power Station. My constant element in this ever changing scene had gone the same way as so many other things on the marsh; a dramatic reminder that nothing lasts forever.

Visit number five to marshland to see what had become of the scene I was so familar with. This time I waited until dark not only to capture a variation I had not done before but also to wait for the tide to recede. It's quite intimidating being out there on the soft bog but I take great care to mind my footing knowing how treacherous it can be. The starlit sky steals the show in this image as I am slowly denied focal points as the years go by.

A lone fisherman’s hut standing alone on a debris covered beach at Dungeness on the Kent coast. I wanted to convey the bleakness of the landscape. Getting down low meant I lost all the houses and cars in the background. The paraphernalia in the foreground act as the perfect leading line to my subject.

Sails on the Solent

A flotilla of sail boats set off for a race on the Solent near Keyhaven, Hampshire.

A boat within a boat on Dungeness beach, Kent.

The Isle of Wight's most famous landmark.

Dusk over the magnificent Sydney Harbour Bridge and Opera House from Taronga Zoo.

Beneath a foreboding sky this long exposure captures the serenity and drama of the North Sea coast at Southwold, Suffolk.

The East Kent coast is home to the ruins of Reculver Towers near Margate.

Sun setting over the North Cornish coast at Bude.

Dungeness Beach is technically classified as a desert and is still home to an active fishing community. However the shoreline is littered with crumbling wrecks and tumbledown shacks such as this old fisherman’s hut that is on its last legs.

Magnificent sunset over the beautiful seaside town of Fowey on the South Cornwall coast.

"I just wanted to say how much we enjoyed your presentation this evening. Very inspiring!"

We use cookies to improve your browsing experience on our site and they do not contain any personal information. By clicking the Accept button you consent to our use of cookies.